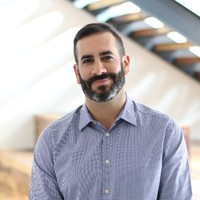 “The Sell Sider” is a column written by the sell side of the digital media community.

Today’s column is written by Tal Almany, VP of publisher development at Kargo.

MFA is a combination of paid traffic, clickbait and other incentivized traffic, engineered to create ad impressions and generate revenue. New sites pop up virtually overnight with millions of impressions, sucking up ad dollars and hurting campaign performance.

Roughly $115 million in ad spend goes toward MFA sites. That’s 7.8% of the programmatic budget globally, and 9.8% in the US.

To thwart MFA activity, companies have been implementing new safeguards. The Media Rating Council, for example, now requires DSPs to provide buyers with reporting information about whether publisher traffic is purchased or not. DV360 is in the midst of updating its RTB spec to allow publishers to pass organic/non-organic flags in the bidstream. And The Trade Desk has started to push back on MFA publishers, blocking new MFA sites daily.

Even with these changes in motion, however, brands need to do their part and think about their holistic approach to inventory. In fact, they can play a more active role by creating media buying requirements that minimize exposure.

Obviously, any new site that is suddenly a top volume site is suspicious. Understanding how pageviews are generated by publishers can be critical in helping buyers identify MFA pages and better prioritize their media buys. Buyers can do their due diligence by evaluating publishers’ inorganic traffic through a simple domain report. While inorganic traffic can be valuable, a very high percentage of inorganic or paid traffic can point to trouble.

Buyers can look at a site’s UTM parameters (the little pieces of data that publishers add to their URLs in order to see where different traffic comes from) to track ROI on their paid traffic efforts. Through this UTM string, publishers commonly pass the source (more often than not, a recommendation vendor or social network) as well as the campaign ID that will match back up to revenue on the back end.

In this instance, when we looked at this website’s UTM parameters, we saw that almost 99% of the site’s traffic was from paid (i.e., inorganic) sources – a clear indication that the site is pushing performance campaigns to generate views.

MFA sites tend to have huge drop-off in traffic after the first page load.

Brands can use attention metrics and other deeper insights to make sure their dollars go to good traffic. While impressions and viewability won’t necessarily pick up on MFA traffic, metrics that measure activity past the first second or two should do the trick.

Brands can set an attention requirement for 2+ seconds, look at click and conversion data, and even test a site by bidding for impressions on the second page load. If there are very few second page loads, chances are the site isn’t creating a lot of value for visitors.

Once a buyer has a hit list of the sites they want to investigate further, it’s time to ask the publisher the hard questions:

Brands want their ads to be adjacent to quality content. They want their audiences to be engaged when they spend money on an ad impression. Right now, MFA is getting in the way of those goals. A more proactive stance against MFA will ensure that more partners prioritize organic traffic and minimize the amount of media budgets that are wasted there.