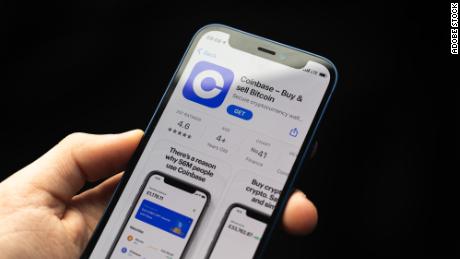 “We allege that each of the defendants charged today corrupted the integrity of the markets by stealing inside information or trading on stolen information. We also allege that several defendants tipped friends or family members with that stolen information so that they too could trade and benefit from an unfair advantage,” US Attorney Damian Williams told reporters Monday. “When insider trading occurs, investors who play by the rules are left to conclude that the deck is stacked against them.”
Stephen Buyer, a Republican who served as a US representative from Indiana from 1993 through 2011 and participated as a trial manager during the impeachment of President Bill Clinton, has been charged with four counts of securities fraud for allegedly using his role as a business consultant for major companies to reap profits for himself and family members worth roughly $350,000, according to an SDNY news release.
According to the indictment, a T-Mobile executive allegedly tipped Buyer to the T-Mobile and Sprint merger negotiations in spring 2018, leading to profits of more than $126,000.

Buyer spoke on the phone and played golf with the T-Mobile executive shortly before he purchased shares in anticipation of a merger and a quick profit, the indictment alleges.

“Congressman Buyer is innocent. His stock trades were lawful. He looks forward to being quickly vindicated,” Andrew Goldstein, an attorney for Buyer told CNN in a statement.

T-Mobile said in a statement it was aware of the investigation and was cooperating. “While we cannot comment on the government’s allegations against Mr. Buyer, we follow and fully support enforcement of laws that prohibit insider trading.”

Buyer, 63, also allegedly capitalized again on relationships with consulting clients by profiting from an early tip that Guidehouse, a tech and management company that he provided consulting services, would buy a Chicago-based professional services company in 2019.

Buyer is accused of lying to Guidehouse’s legal counsel and investigators during an insider trading inquiry in 2019 after the merger, according to the indictment.

In both schemes, the indictment alleges Buyer tried to cover his tracks by leaving records of “innocent” company research in his computer history and emails.

Buyer was arrested Monday and faces up to 20 years in prison per count of securities fraud if convicted, according to an SDNY news release.

In one of three additional cases, an indictment accuses former FBI trainee, Seth Markin, 31, of using merger information he secretly obtained from his then-girlfriend — a lawyer working on the transaction — to benefit himself, friends and family members last year.

It involved details of about an upcoming deal, involving pharmaceutical giant Merck buying Pandion Therapeutics, a biotech company, for three times its share price value, according to the indictment.

Markin looked through his then-girlfriend’s confidential work documents without her permission, according to prosecutors.

After they broke up, prosecutors allege, Markin lied to his former girlfriend, claiming he did not trade Pandion stock when she confronted him about his being named in an inquiry by the Financial Industry Regulatory Authority.

Markin and co-defendant Brandon Wong, 38, tipped off at least 20 people, who collectively made millions of dollars in trading profits from the information, the indictment alleges. Markin and Wong themselves together made more than $1.4 million in profits from the illegal trading, it claims.

Prosecutors say Wong purchased a $40,000 Rolex watch for Markin, as well as a trip to Hawaii and an expensive meal.

Markin later lied in an FBI interview claiming that he didn’t know his girlfriend worked on the merger and he read about the potential deal on social media, the indictment alleges.

Markin and Wong are each charged with several counts of securities and tender offer fraud and a conspiracy charge, among others, according to court records.

They were arrested Monday, according to the news release. CNN could not immediately identify an attorney for Markin or Wong.