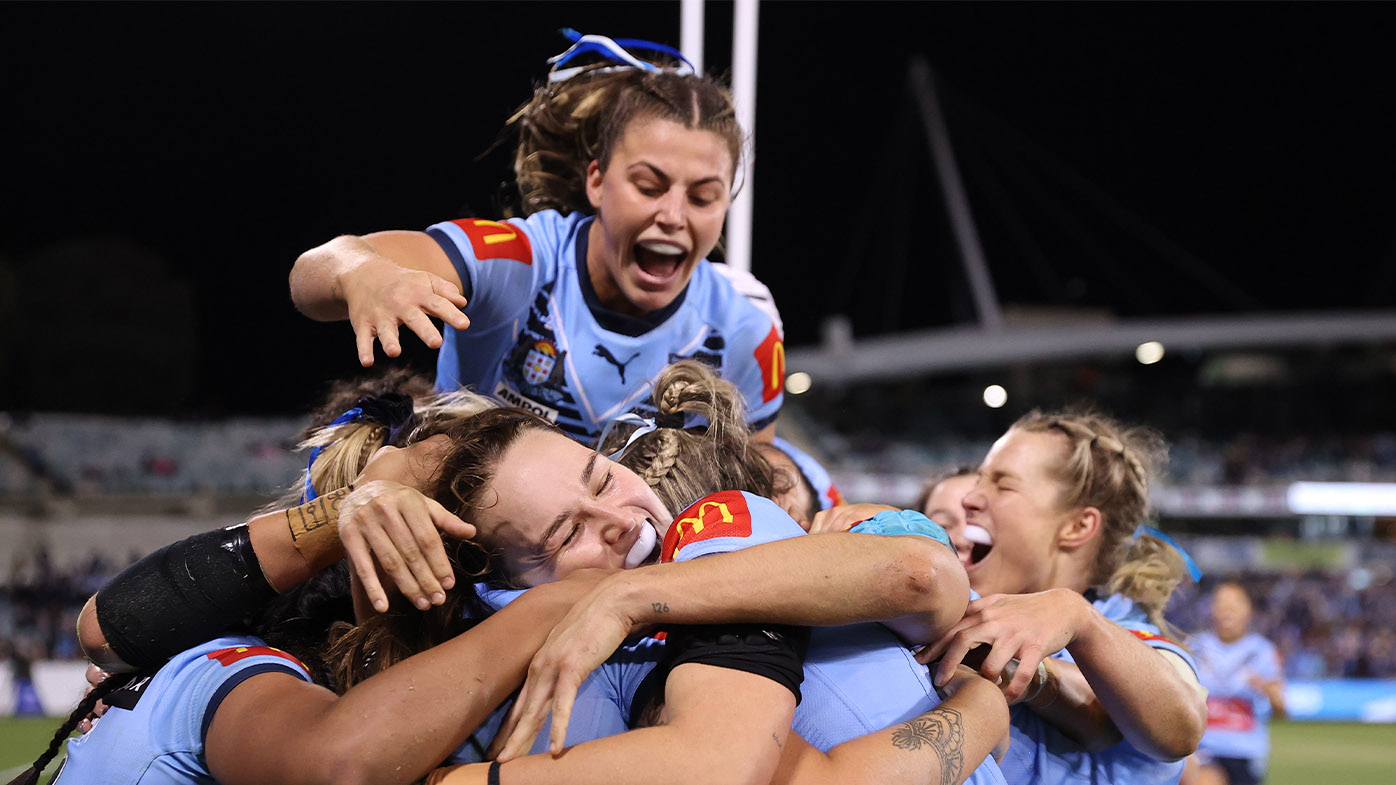 The headlines were already being written as Shenae Ciesiolka touched down to give the Maroons the lead with a couple of minutes to go.

But as the Blues were wondering how this happened, Belinda Sharpe’s whistle blew and called for time off.

READ MORE: Swimmer saved from drowning by her coach at World Championships

One look from the Bunker was all it took – winger Julia Robinson, who had sprinted through to catch Ali Brigginshaw’s kick and find Ciesiolka in support, was a mile offside.

While the decision to disallow a Tiana Penitani try a couple of minutes earlier was a controversial one – the last pass was clearly forward, but missed on field and then reviewed as a knock-on – there was no doubt about this one.

The Blues wouldn’t just hold on after the lifeline, they went right back on the attack, with Isabelle Kelly capping a brilliant night with a try as NSW won 20-14.

Queensland got the ball back needing to go 99 metres in less than 30 seconds, but there was to be no miracle comeback as 11,321 fans packed into Canberra Stadium to see NSW re-take the lead on the all-time ledger.

Since the 2018 re-branding of the yearly match to become State of Origin, each side had claimed victory twice, the last two going to the Maroons.

A Kirra Dibb solo effort was cancelled out by Tarryn Aiken, while two Rachael Pearson penalty goals padded the lead to six before Evania Pelite set up a grandstand finish by scoring in the corner.

Lauren Brown’s potential game-tying conversion hit the post, which only served as a precursor to all the drama of the final 10 minutes.

For a daily dose of the best of the breaking news and exclusive content from Wide World of Sports, subscribe to our newsletter by clicking here!

State of Origin I 2022 in pictures: All the colour of the Blues v Maroons opener