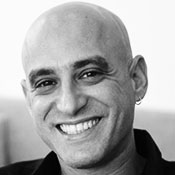 “The Sell Sider” is a column written by the sell side of the digital media community.

For years now, the digital advertising industry has been talking about the premature death of the ad network.

And it’s not surprising. Ad networks have been around for so long they predate the three-letter acronym naming trend: RTB, DSP and SSP.

Some have even said ad networks are the same as Demand Side Platforms (DSPs).

So how have ad networks, relics of the dot.com era, survived and even thrived in the 2020s? There are five main reasons.

Gaming is a growth engine for leading ad networks: Unity, AppLovin and ironSource.These ad networks have made their offering well-suited for games by enabling them to monetize through in-app ads in their games to generate revenue.

Ad networks also enable these same gaming companies to spend the revenue they earn on advertising in other games/apps. And ad networks offer the ad unit that is among the most effective for these players: incentivized or reward-based video ads.

A key advantage that ad networks have over the big platforms is their focus. Ad networks’ raison d’être is to support advertisers. Big platforms, meanwhile, want to support their end-users. That’s why platforms only added advertising years after launching, after achieving necessary user scale and engagement levels.

Ad networks are an extension of print media buying, where the ad network aggregates available ad inventory from publishers and is then matched with advertisers. To make themselves valuable to advertisers and agencies, ad networks have aggregated more publishers – namely game and app developers – resulting in one of the major benefits of ad networks: reach. In fact, only Meta and Google have greater reach globally.

“Don’t make ads, make TikToks” is one of TikTok’s main taglines. It pushes advertisers to create unique content for its platform.

But that is also one of its weaknesses. Although its ad units are uniquely effective on its platform, they are not scalable across platforms.

Ad networks have long understood that their purpose is to serve advertisers. As a result, they’ve standardized their ad offerings to maximize a media planner’s ROI.

5. A broad range of pricing models

As part of the ad network’s focus on their advertisers, they also accept a complete range of business models. This indicates that they accept Cost Per Mille (CPM) pricing, as well as Cost Per Click (CPC) and Cost Per Action (CPA) pricing models. In some cases, they even enable their advertisers to work with their pricing model of choice.

The beginning of an ad network resurgence

By continuously reinventing themselves, ad networks have maintained their relevance and are growing in the 2020s.